City SC is excited to announce that Coach Courtney Drummond has been appointed as their new Girls Academy Director. Drummond has played an integral role in the City SC Girls Academy program since it’s inception in 2017. A member of the City SC coaching staff since 2013, Drummond has been a driving force behind bolstering the club’s college recruitment program and resources for high school aged players. As she moves into the Girls Academy program directorship her goal is to continue to build a program that has players represented all across the country in different collegiate conferences and professional levels. 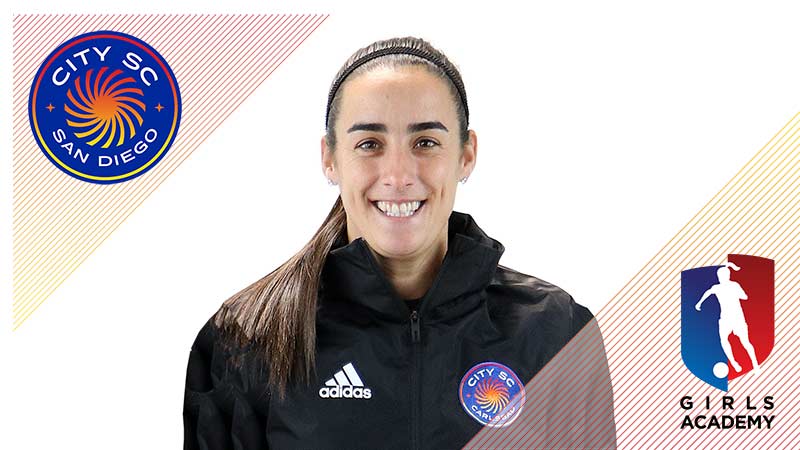 A San Diego native herself, Drummond came up through the local club system and played collegiately at Cal State San Marcos. Since graduating from CSUSM in 2010, Drummond has been an active figure in the coaching community at the club, high school and collegiate levels. She recently completed her “USSF A” license, one of the top two licensing courses made available by U.S Soccer. According to a recent article by ESPN, there are only about 50 women coaches nationwide with “A” and “Pro” level licenses.

As she’s ascended through the licensing ranks, Drummond has always prided herself on preparing her players for the next level by immersing them in a comprehensive curriculum that focuses on growth as a team, and as individuals, technically, tactically, physically and emotionally.

“It’s an honor to be named City SC’s Girls Academy Director. I’ve been very fortunate to have the support of the City SC leadership over the years,” said Drummond. “The game has given so much more to me than I ever could have imagined– best friends, family, and mentors who have helped me get to where I am today.”

Well known throughout the club for her commitment to individual player development, Drummond is continuing the tradition of mentorship through the game, which has been so important to her in her coaching career.

“Individual development is so important. I want to empower my players to be confident in themselves both on and off the field, instilling in them that what they do on a daily basis is important. It’s not always going to be easy, but they have to strive to be better than they were the day before,” said Drummond. “At the end of their time at City SC I want our players to walk away as better human beings that are prepared to and compete in this journey of life and make an impact at the next level.”